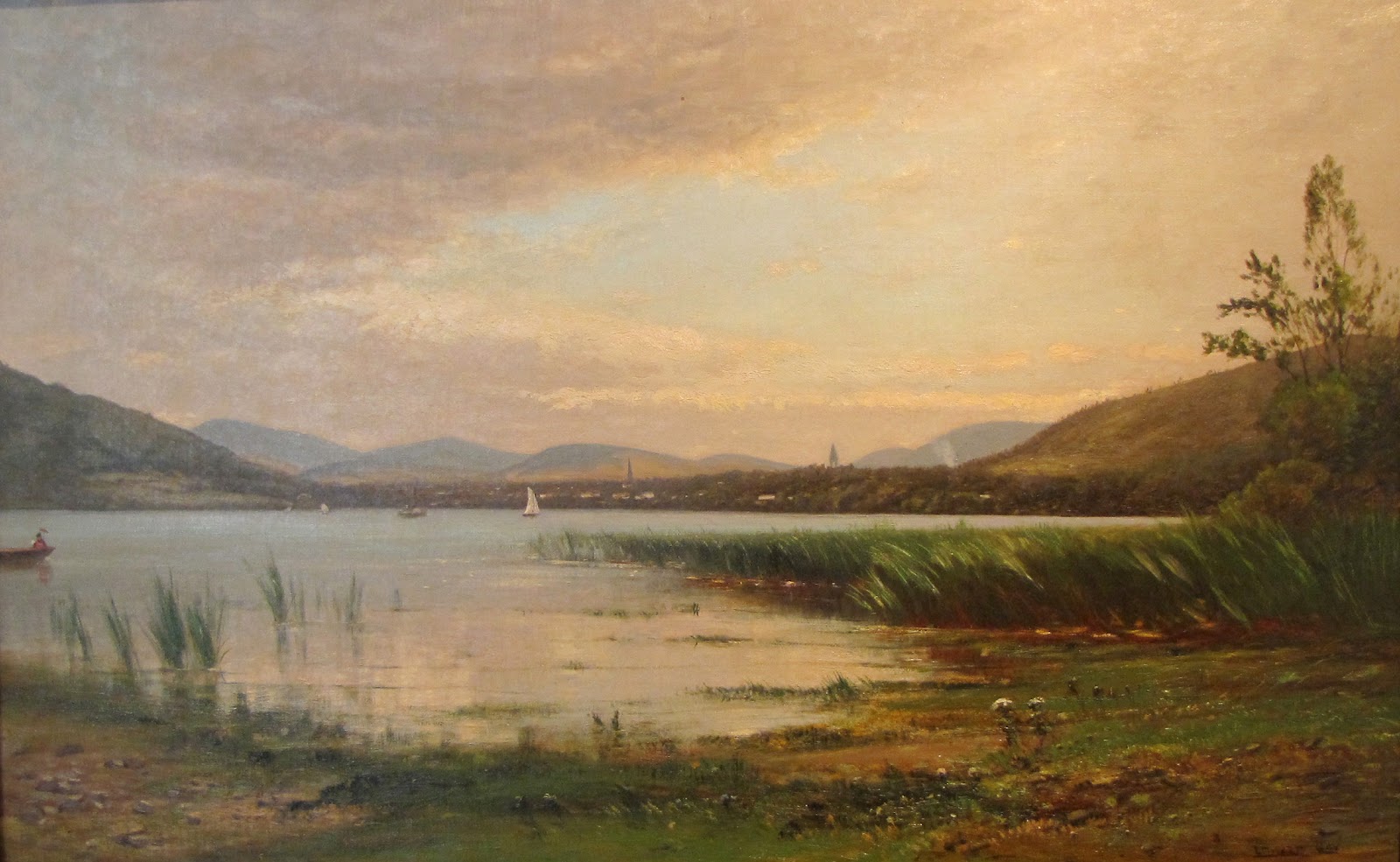 My respiration and inspiration....the beating of my heart....the passing
of blood and air through my lungs,
The sniff of green leaves and dry leaves, and of the shore
and darkcolored sea-rocks, and of hay in the barn,
The sound of the belched words of my voice....words loosed
to the eddies of the wind,
A few light kisses....a few embraces....a reaching around of arms,
The play of shine and shade as the supple boughs wag,
The delight alone or in the rush of the streets, or along
the fields and hillsides,
The feeling of health....the full-noon trill...the song of me
rising from bed and meeting the sun.

For a long time I resisted Walt Whitman—the lists, the grandiosity, the boasting, the loose lines, the ellipses--yikes! Was he for real or was he a fraud, an American huckster? No, Emily Dickinson and her intense compression were what counted as real poetry. So I neglected Whitman, much as I suspect much of America neglects Whitman. So many of our poets are “great,” are “classics,” are easily Googled and largely unread. To read serious poetry seriously is to risk having mundane reality crack open: maybe all kinds of things will look radically different--worse, possibly, but also better.

It happens that my father died recently and it was my job to write a eulogistic piece to be read at his memorial service and also to be sent to distant friends and relations. This remembrance took some time to write. While working on it, I was led to reread Leaves of Grass, the original 1855 version, which is what I found lying around the house. (E-version is here.) This edition is Whitman at his most exuberant, before his Civil War experiences, coupled with his increasing fame, took him in more serious, sometimes sententious, directions.

Why Leaves of Grass, I don’t exactly know. Whitman on the page (to say nothing of his life) is a little like the overenthusiastic, slightly gauche cousin who wins you over almost against your will. My dad was nothing like Whitman in manners, social class, sexual orientation, education, beliefs or way of life. Yet my dad shared with Whitman—at least the persona—a certain embrace of experience, an expansiveness of spirit, an extravagance of expression that is the opposite of cool. Neither my dad nor Whitman employed irony as a structure with which to organize and then express his worldview. This is not to say Whitman (or my dad) wasn't humorous.  And it’s not the same as lacking self-consciousness or a sense of self-importance. That Whitman, at least, has in spades; and he is playing a deeper game than first appears.


I tramp a perpetual journey,
My signs are a rain-proof coat and good shoes and
a staff cut from the woods;
No friend of mine takes his ease in my chair,
I have no chair, nor church nor philosophy;
I lead no man to a dinner-table or library or exchange,
But each man and each woman of you I lead upon a knoll,
My left hand hooks you round the waist,
My right hand points to landscapes of continents, and a plain public road.

Not I, not any one else can travel that road for you,
You must travel it for yourself.

All the objectionable elements are still there—yet somehow on this reading they they make new contextual sense. April is a fine time to read what Whitman later named “Song of Myself,” the lengthy opening…well, he called his poems "chants." “Incantation” is another term that comes to mind. The poem is worth savoring over several days. It calls upon, expresses and is mimetic of the great uprushing, untidy bursts of growth that occur during spring. Whitman’s boundless appreciation of and identification with all that exists extends deep into the natural world and out into the cosmos, ranging from the insistently material to the transcendentally mystical. The powerful catalogs of animals, plants, human activities and other things he finds good must be experienced in their entirety, washing over you in waves, so can't really be quoted.


If you would understand me go to the heights or water-shore,
The nearest gnat is an explanation and a drop or the motion of waves a key...

"Song of Myself" becomes songs of ourselves and a hymn to the connections between all things, a long, earthy, bawdy, egotistical, half-crazy, half-embarrassing, mystical, loving compendium of life on our planet, life in all its myriad parts. Deep ecology, indeed.

Snippets don't do the poems justice. You just have to give Whitman a chance. He might win you over. He might lead you outside to have a look at things for yourself. As I write, it is raining and the birds are singing.

Note: Written during a "significant rain event" that has closed schools, caused flooding in the Des Plaines watershed and effectively ended the drought, which was improving anyway. Written at the time of the situation in Boston, a tragedy. All quotes are from the 1855 version of "Song of Myself." The Hudson River School painting is at the Fenimore Art Museum. Whitman wrote some journalistic pieces about the Hudson River School.

margaretart said…
Splendid essay in which you make the fine connections between Whitman's exuberance and the truths of nature. I like your selections. Reading him one poem after another, one is sometimes sort of overwhelmed with his muchness.
April 22, 2013 at 5:34 PM

Diana Studer said…
My mother died in January, and I have brought home books we read together and talked about. Now I find her pencilled notes as I browse. I gathered facts and dates for the minister to write her eulogy - a friend who read with her!
My sympathies on the loss of your father.
May 27, 2013 at 5:16 AM

Thank you. And sympathy to you too. It is nice to hear from you.